The release dates for the Movie 10 OST CD and Sarah Brightman's single CD have been announced. 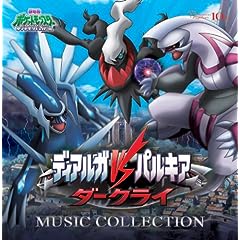 This year's movie 10 OST is a two disk collection: a CD and DVD. The DVD will include footage and extra material from the previous movies. Moreover, the first run cd will be labeled the "10th Anniversary Gold package". The track list has yet to be announced but it has been confirmed that the opening tune "Together2007 (movie size)" will be included. Sarah Brightman's ending theme song "Be With You" will not be included on the OST and will only be available by purchasing the above CD Single. 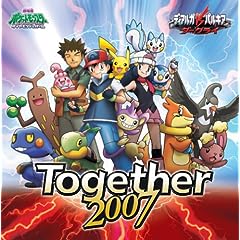 Oracion (Temporary Title) is the theme from the 10th movie "Dialga VS Palkia VS Darkrai" that Shinji Miyazaki composed and arranged.

Needless to say, July will be an exciting month for Pocket Monsters Music fans with three seperate CD releases. You can view higher resolution cover scans on the Imageboard.