For a listing of all the latest site updates, visit the content index page or the site update log.
Previous12Next
News Tag Filter: iOS

Posted by Sunain | June 24th 2020 at 08:59 AM EDT
Tags: Press Release, iOS, Android, YouTube, Nintendo Switch, Tencent, TiMi Studio Group, Pokémon Presents, Pokémon UNITE
Comments: 0
Permalink
The Pokémon Company has announced during their June 17th, 2020 Pokémon Presents that another broadcast would take place on June 24th, 2020 at 6 a.m. PDT / 9 a.m. EST. In July 2019, it was announced that China’s Tencent Games and the The Pokémon Company formed a partnership to develop a new game which turned out to be Pokémon UNITE. Images from the press release have been added to an Imageboard thread. Join other players and develop strategies to defeat your opponents in exciting 5-on-5 battles.

Pokémon UNITE is a strategic team battle game being developed jointly by The Pokémon Company and Tencent Games' TiMi Studios. Pokémon UNITE is planned as a cross-platform game for Nintendo Switch and mobile devices and will be free-to-start.

In this game, players face off against each other in 5-on-5 team battles. During battles, players will cooperate with teammates to catch wild Pokémon, level up and evolve their own Pokémon, and defeat opponents' Pokémon while trying to earn more points than the opposing team within the allotted time.

Pokémon UNITE introduces a new kind of Pokémon battle—one that requires teamwork and strategy. It is simple and yet full of intricacies waiting to be unpacked. 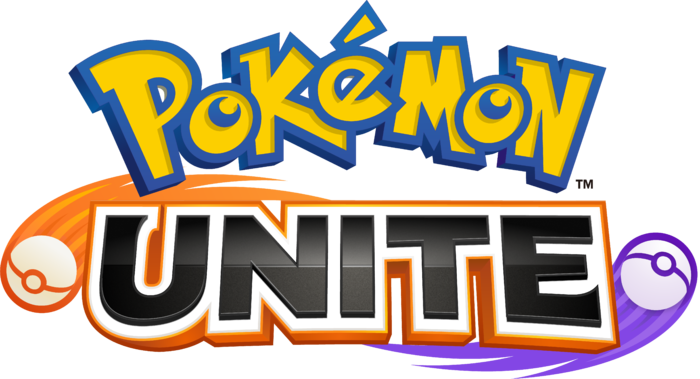 Pokémon UNITE is the first strategic Pokémon team battle game. Players face off against each other in five-on-five team battles. During these battles, players will cooperate with teammates to catch wild Pokémon, level up and evolve their own Pokémon. They will need to defeat their opponents’ Pokémon while trying to earn more points than the opposing team within the allotted time. Pokémon UNITE will be free-to-start.

About TiMi Studios
TiMi Studios, a subsidiary of Tencent Games, is a leading global video game development team headquartered in Shenzhen, China, with offices in Los Angeles, Shanghai and Chengdu, China. TiMi strives to create high-quality, high-fidelity and highly accessible games across a wide variety of genres. Founded in 2008, TiMi has developed a string of hit titles including Honor of Kings, Speed Drifters, CrossFire: Legends, Arena of Valor and most recently, Call of Duty: Mobile. To learn more about TiMi, follow us on Twitter @timistudios and Facebook @timistudiosofficial.

About Tencent Games
Tencent Games was launched in 2003 and has since grown into the leading global platform for game development, publishing and operations, as well as the operator of the largest online game community in China. It is dedicated to offering engaging, high-quality, interactive entertainment experiences for all players. Tencent Games currently offers more than 140 self-developed and licensed games across 200 countries and regions, which provides hundreds of millions of users with cross-platform interactive entertainment experiences. Honor of Kings, PUBG MOBILE and League of Legends are some of the most popular titles around the world. We are committed to exploring the full potential of games, leveraging the rich IP resources within Tencent, spanning literature, anime, film, and television, to create high-quality interactive entertainment experiences. Furthermore, Tencent Games actively collaborates with overseas game publishers, such as SEA, Netmarble, Supercell and more, to form strategic partnerships and launch new games.

The originally uploaded videos for Pokémon Unite were taken down on July 9th, 2020 officially "Due to inaccuracy in the footage" according to the official Pokémon Singapore YouTube channel. Unofficially, the video had hundreds of thousands of dislikes before it was removed. Many believe that the video was re-uploaded a couple weeks after to quietly remove the down votes that the video had received.

YouTube Clip - Get ready to tune in to Pokémon Presents!

YouTube Clip - Team Up to Battle in Pokémon UNITE!

Posted by Sunain | July 26th 2015 at 03:41 AM EDT
Tags: iOS, Android, Patches
Comments: 0
Permalink
The Dance? Pokémon Musicians (おどる？ポケモンおんがくたい) app received the Version 1.1.0 update this week and players now have 2 more songs they can play. Getta Banban (ゲッタバンバン) and Battle! Wild Pokémon (戦闘!野生ポケモン) from the XY Soundtrack. Mewtwo was also added as a playable character and Gaogao All Stars (SP Dance Ver.) [ガオガオ・オールスター（SPダンスVer.）] is a new dance available to play. Posted by Sunain | April 24th 2015 at 02:24 AM EDT
Tags: iOS, Android, Pokémon Style
Comments: 0
Permalink
The Pokémon Style (ポケモンスタイル) app has made a new wallpaper and icons design based on Pocket Monsters Black and White and it features N and Gym Leaders. The app is free and themes can be purchased in the app which can be used by Android and iOS users in Japan. Pokémon TCG Online on the App Store on iTunes

Posted by Sunain | September 27th 2014 at 11:59 AM EDT
Tags: TCG, iOS, Apple iOS
Comments: 0
Permalink
The Pokémon Company International uploaded the Pokémon TCG Online app to the Apple App Store on iTunes on September 26th, 2014. The Version number is: 2.23.0 and the download size is: 504 MB. The app is free but requires iOS 7.0 or later and a compatible iPad. The app was revealed at the 2014 Pokémon World Championships. PLAY, TRADE, AND CHALLENGE OTHER PLAYERS AROUND THE WORLD

Have fun learning and mastering the Pokémon Trading Card Game Online! Practice against the computer or go head to head with your friends or other players from around the world. Unlock cards and decks as you play to build up your collection and make truly unique decks. Your decks and card collection are stored as a part of your Pokémon Trainer Club account, allowing you to switch between iPad and desktop with ease.

EASY TO START: Choose from Grass, Fire, or Water decks, step right into a game, and learn as you go in an easy play experience.

EXPAND YOUR COLLECTION: Earn cards, open booster packs, trade with other players, and build the perfect deck around your favorite cards. Your collection grows with you!

CUSTOMIZE YOUR EXPERIENCE: Build your own decks, customize the look of your cards, deck boxes, and avatar, and join your friends online.

HONE YOUR SKILLS: Play against the computer until you are ready to challenge other players.

CHALLENGE THE WORLD: When you feel your deck design is ready, challenge other players or join a tournament to show your skill and knowledge.

Pokémon Trading Card Game to be Ported to Apple's iPad

Posted by Sunain | August 15th 2014 at 10:45 PM EDT
Tags: TCG, iOS, Pokémon World Championships
Comments: 0
Permalink
On Friday August 15th, 2014, The Pokémon Company International revealed that the Pokémon Trading Card Game would be ported to Apple's iPad as an app. Full details will be revealed at a later time but it has been confirmed that the app will be released in late 2014. People attending the Pokémon World Championships can get a first look at the app on the iPad. Currently the digital version of the game is available to play on Windows PC's and Apple's Mac OS X.

Posted by Sunain | March 31st 2014 at 12:07 PM EDT
Tags: iOS, Android, Apple iOS
Comments: 1
Permalink
Google Maps for Android and iOS have added Pokémon appearances on the map for April Fools. No additional downloads are required for the apps and it should work upon launching the app.

Update: We have added a Google Maps Dex listing page to our content database. Dozens of wild Pokémon have taken up residence on streets, amidst forests and atop mountains throughout Google Maps.

To catch 'em all, grab your Poké Ball and the newest version of Google Maps for iPhone or Android. Then tap the search bar, "press start," and begin your quest.

We value employees who are risk-taking and detail-oriented, have deep technical knowledge, and can navigate through tall grass to capture wild creatures. It turns out that these skills have a lot in common with another profession—that of the Pokémon Master. With that in mind, we’ve worked with Pokémon and Nintendo to develop a new training tool to help people hone their Pokémon-capturing abilities using Google Maps.

Dozens of wild Pokémon have taken up residence on streets, amidst forests and atop mountains throughout Google Maps. To find and catch ‘em all, you’ll need to tap into your inner Pokémon Master.

If you think you’re up to the challenge, grab your Poké Ball and the newest version of Google Maps for iPhone or Android. Then tap the search bar, “press start,” and begin your quest.

Leave no stone unturned or city unzoomed as you seek out wild Charizards and Pikachus to add to your Pokédex. Be vigilant—you never know if a wild Steelix will appear in Tokyo, Japan or New York City, USA. And follow Google Maps on Google+, Facebook and Twitter for hints and tips.

Time is of the essence—in the words of Professor Oak, “The early bird gets the worm, or in this case, the Pokémon.”