New titles are revealed in various publications such as: TV guides, childrens' magazines, anime magazines, promotional posters and videos, official websites and official television programs. Titles and their translations are added to our episode guide and the chart below when the titles are revealed.
View full upcoming calendar.
Previous123...797798799800801...803804805Next

Posted by Sunain | January 20th 2007 at 04:06 AM EST
Tags:
Comments: 0
Permalink
Well it looks like Pokemon USA has released the Manaphy Password on the official Pokemon website, www.pokemon.com.

New information is given on how to enter the Manaphy Egg password once you have completed the 3 previously announced missions, and have unlocked the Ranger Net, as well as the NEW PASSWORD itself!!

Remember these first steps after you beaten the game and defeated the 3 legendary Pokemon in Fiore Temple:

Remember to follow the steps above and you should be on you way to enjoying the Manaphy Egg Mission.

Posted by Sunain | January 15th 2007 at 05:46 PM EST
Tags:
Comments: 0
Permalink
At last you can catch 'em all - and much more besides! Ultimate Codes for Pokemon opens up all your favourite Pokemon games on the Game Boy Advance and GBA SP in ways you never imagined, making you the master of your Pokemon. Harnessing the power of Action Replay, Ultimate Codes for Pokemon lets you fill your Pokedex and take any Pokemon in the game into battle. There's also a wealth of extras to grab like Infinite Money, items such as Rare Candy, Potion, Antidote, Burn Heal, Full Restore and more - much more. If you need a Magic Door Code for Pokemon Fire Red or Leaf Green, look no further.
Ultimate Codes for Pokemon includes game-busting codes for all the following Pokemon GBA games: 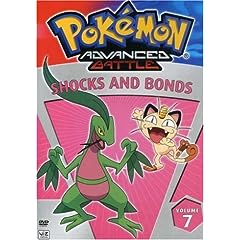 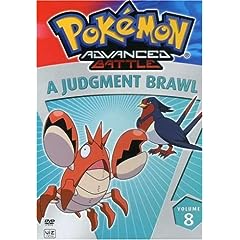 Pokemon Movie 8: Lucario and the Mystery of Mew nominated for Best Anime Feature in the first annual

However, it seems only games that have DS interactivity require the extra 12 digit friends code. So essentially, the Wii has to pretend to have a DS-style friend code for that game only. It appears the friends code madness will continue on with the Wii. Source: Digg

A brand new world is awaiting you on the Nintendo DS on April 22nd, 2007 - Pokemon Diamond and Pearl are two games on the Nintendo DS which get back to the roots of Pokemon RPG's. Battling, collecting, and training are back and this time they take place in a new region - Sinnoh.

REDMOND, Wash., Dec. 20, 2006 -- Pokemon trainers of the world, unite! How else will you manage to complete your Pokedex and challenge the sinister plot of Team Galactic? On April 22, 2007 Pokemon&reg; Diamond and Pokemon&reg; Pearl, the Pokemon series for the best-selling Nintendo DS(TM) game system, become available in the Americas. These two titles represent the latest adventure in the popular Pokemon franchise.

Gotta Catch 'Em All! The Next Generation of Pokemon Soon Will Be HereNintendo Logo

Pokemon Diamond and Pokemon Pearl offer a number of exciting new features to please both experienced and new Pokemon fans alike. Set in an entirely new region called "Sinnoh," players can choose to begin their adventure as either a boy or girl Pokemon trainer on a path to becoming Pokemon League Champion. The adventure continues as players can bring Pokemon from their Game Boy&reg; Advance Pokemon games to Pokemon Diamond and Pokemon Pearl using the GBA game slot on their Nintendo DS.

As players trade and collect Pokemon to complete their Pokedex in this new challenge, for the first time they'll have the chance to catch new Pokemon, Munchlax(TM) and Weavile(TM). They also can play via local wireless with up to eight other trainers while new moves and abilities deepen strategy.

"After recently celebrating its 10th anniversary, the Pokemon franchise continues to get stronger," says George Harrison, Nintendo of America's senior vice president of marketing and corporate communications. "These two new titles represent the best that Pokemon has to offer, and a great opportunity for Game Boy users to upgrade to Nintendo DS."

Unique pre-sell styluses featuring new Pokemon from the new series will be available by reserving the game early at participating retailers. Stay tuned for more details about this special offer. Pokemon games continue to be wildly popular around the world, with more than 155 million units sold worldwide through September 2006. Pokemon Diamond and Pokemon Pearl are currently shattering sales records in Japan since their September launch.

Pokemon Diamond and Pokemon Pearl for Nintendo DS will be available April 22, 2007, and are Rated E for Everyone.

Pokemon was launched in Japan in 1996 for play on Nintendo's Game Boy&reg; and has evolved into a global cultural phenomenon. Pokemon was introduced in North America in September 1998 and has since generated more than $26 billion in worldwide retail sales. More than 40 million Pokemon video games have been sold in the United States, including Pokemon Emerald, which was the No. 2 best-selling video game of 2005, according to the NPD Group. The Pokemon Trading Card Game, fueled by Pokemon Organized Play programs around the world, has spurred global sales of more than 14 billion cards to date, while the Pokemon animated series set to debut its ninth season, Pokemon: Battle Frontier, on Cartoon Network this fall, consistently ranks within the top three shows for boys ages 6 to 11. For more information, visit www.pokemon.com.

The worldwide innovator in the creation of interactive entertainment, Nintendo Co., Ltd., of Kyoto, Japan, manufactures and markets hardware and software for its Wii(TM), Nintendo DS(TM), Game Boy&reg; Advance and Nintendo GameCube(TM) systems. Since 1983, Nintendo has sold nearly 2.2 billion video games and more than 387 million hardware units globally, and has created industry icons like Mario(TM), Donkey Kong&reg;, Metroid&reg;, Zelda(TM) and Pokemon&reg;. A wholly owned subsidiary, Nintendo of America Inc., based in Redmond, Wash., serves as headquarters for Nintendo's operations in the Western Hemisphere. For more information about Nintendo, visit the company's Web site at www.nintendo.com.
Previous123...797798799800801...803804805Next
Affiliates: